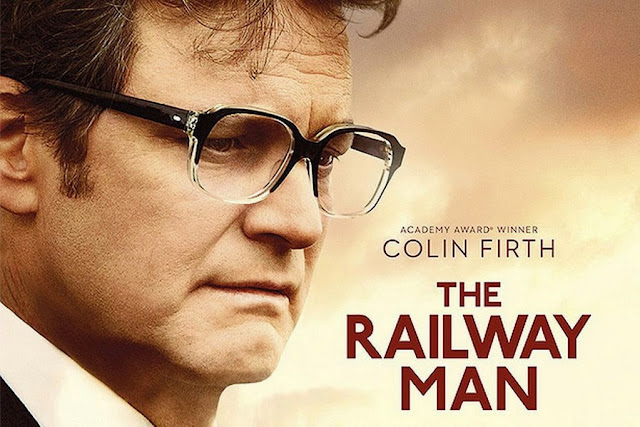 War is no game. War leaves a mark. Eric Lomax, like many other surviving soldiers,  lived haunted by his war memories all his life through, as if war never actually ended in his mind and his heart. The Railway Man, based on Lomax’s autobiography,  came out in September 2014  here in Italy as “Le due vie del destino”, but it had opened theatrically on New Year’s Day in the UK and, in the US,   in April 2014. 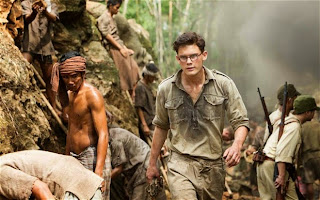 Eric Lomax (30 May 1919 - 8 October 2012) was one of thousands of Allied prisoners of war forced to work on the construction of the Thai/Burma railway during WW2. Fate wanted he, a train and railway enthusiast, to be part of the army of enslaved prisoners the Japanese employed for their ambitious plan. His experiences, after the secret radio he built to bring news and hope to his mates was discovered, the inhuman tortures he was subjected to,  and which left  him traumatised and shut off from the world, are the main interest of this movie. Water-boarding and savage beating didn’t make Lomax surrender or lose his will to live. Years later, with his life still affected by that huge amount of suffering and consequent hatred, he met Patti (Nicole Kidman), a beautiful woman, on a train and fell in love. Once they get married  and Patti becomes acquainted with Eric’s nightmares and terrifyingly weird moments, she  is determined to rid him of his demons.

One day they discover  that the young Japanese officer who tortured him is still alive and Eric decides that it is time to meet him again.

VERONICA ALLEGRINI - THE BEST CONSEQUENCE OF STUDYING IS ...

Hi! I’m Veronica and Mrs Spila was my English teacher, though only during my last year at grammar school. I spent a nice period there and I was really satisfied. My school career was quite brilliant and I got my degree with the highest grade… but not because I love studying… just thanks to my willpower.
In my life I’ve often changed my mind about what I wanted to do in the future. When I was in  middle school, my dream was to become an archaeologist. This is why I chose grammar school. But I loved also literature, reading good books and writing, too. So I thought “why not a journalist?”. Yes, good idea. But I loved cinema, as well. So I decided I might have been a film critic.
Actually,  I’ve always loved lots of things,  but none was my “true love” and, in short, after leaving high school, I decided to study Economy at University.
You maybe wonder why. At that moment it was a very simple decision actually, because I knew exactly what I wanted in my life: I wanted to be a manager. Not an easy goal, but that  was my ambition.