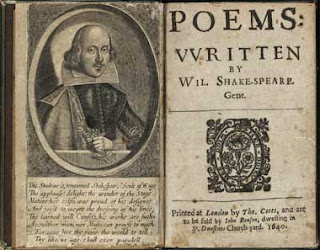 By the early 1590s, we know for sure that Shakespeare had become an actor. He was working very closely with a group of actors. They moved between a number of different companies, but it  rapidly became apparent that the leading figure among them was Richard Burbage. He would go on to become Shakespeare's closest friend and the man for whom he wrote all the great parts (Romeo, King Lear, Richatd III)

Shakespeare and those actors, such as Burbage, were just establishing themselves as some of the leading players in the early 1590s when disaster struck. There was a major outbreak of plague, and the theatres had to be closed. The point of that was that public places with large crowds in close proximity to each other were very dangerous from the point of view of the spread of infection. So,  whenever a bad outbreak of plague hit London, immediately the theatres were closed. That was a problem for the actors. What they had to do was get out on the road, tour in the provinces, and the takings were always much poorer there than they were in the city with its huge population.
It seems, though, that in 1593 and 94 while various acting companies were out in the country, Shakespeare didn't go with them. It would seem that just as he was establishing himself as a playwright, he decided on an alternative, or an additional course, for his writing. He decided to write poetry.
Posted by Maria Grazia at 10:41 No comments: