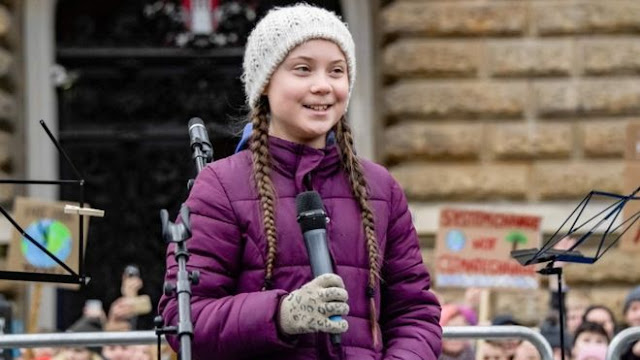 Greta Thunberg, the Swedish schoolgirl who has inspired an international movement to fight climate change, has been nominated as a candidate to receive this year's Nobel Peace Prize.
She was nominated by three Norwegian MPs. If she were to win, she would be the youngest recipient since Pakistan's Malala Yousafzai, who was 17 when she received the prize. Ms Thunberg tweeted she was "honoured" to receive the nomination ... Go on reading HERE
Read more »
Posted by Maria Grazia at 13:14 No comments: