HOW CAN WE FACE THE FUTURE WITHOUT FEAR? - LAYOUT OF A SPEECH

It's a fateful moment in history. We've seen divisive elections, divided societies and the growth of extremism -- all fueled by anxiety and uncertainty. "Is there something we can do, each of us, to be able to face the future without fear?" asks Rabbi Lord Jonathan Sacks. In this electrifying talk, the spiritual leader gives us three specific ways we can move from the politics of "me" to the politics of "all of us, together." 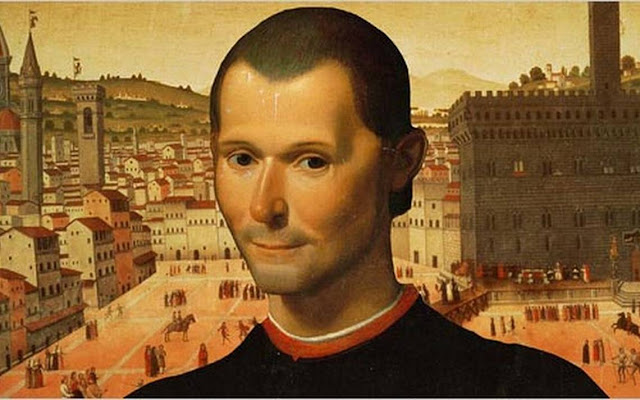 
The influence of Niccolò Machiavelli (1469 - 1527) on European poliical and philosophical thought and literature was immense in the 16th and 17th century, particularly with his famous treatise on politics and statecraft: Il Principe (written 1513 - published 1531). This fame, however, was very much contrasted both in Italy and in Europe.
In Italy, Il Principe was officially condemned by the Church at the Council of Trento (1545) and in 1559 the book was finally included in the Indice dei Libri Proibiti because of its atheism and anthi-religious doctrines. In many European countries, on the other hand, Il Principe was considered to be he instrument of Jesuit propaganda against Protestants and Catholics because he was the first to separate politics from ethics or religion. In his treatise, Machiavelli portrayed not the ideal ruler but the kind of ruler that emerged from a study of past and present history.
Read more »
Posted by Maria Grazia at 08:14 No comments: