THE 18th CENTURY - THE HANOVERIANS AND THE AUGUSTAN AGE 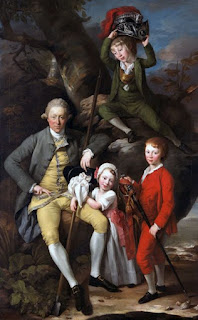 
Generally regarded as a golden age, the 18th century in England was called Augustan after the period of Roman history which had achieved political stability and power as well as a flourishing of the arts. In addition to  the pages in your text book, download ( from the flash_widget box on the right ) and study the Power Point Presentation "The 18th century" with notes about the historical, social and cultural context of the age.

Posted by Maria Grazia at 09:09 No comments: "Live! Live the wonderful life that is in you. Be always searching for new
sensations. Be afraid of nothing(...)"
O. Wilde from THE PICTURE OF DORIAN GRAY

THE THEME OF THE DOUBLE: CALVINO AND STEVENSON 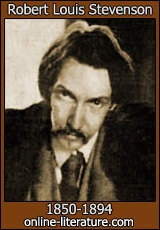 To find links and connections between different literatures can be interesting as well as useful while preparing the interdisciplinary Esame di Stato.
The double is one of those themes which have aroused the interest of all literatures in all ages : Hoffmann, Dostoevskij, Gogol, Gautier, Maupassant, Poe, Calvino, Conrad and Kafka, to name only a few, have all, like Stevenson, probed the notion of duality.
The double, or doppelganger, is a second self, or alter ego, which appears as a distinct and separate being perceived by the physical senses, but existing in a dependent relation to the original. "Dependent" does not mean "subordinate"; in fact often the double comes to dominate, control and usurp the functions of the subject. It became also a device of psychological penetration for many writers.
Calvino's humorous short story "Il visconte dimezzato" deals with the same

As promised, after reading some passages from Stevenson's "The Strange Case of Dr Jekyll and Mr Hyde" in our latest lessons, it's now time to find links and connections with other texts we previously read.


1. THE FIGURE OF THE OVERREACHER - The two protagonists are scientists who, led by their great ambition, fulfill their achievement but, thus doing, they overcome the limits and borders imposed to them by ethics, nature or God. Their punishment is death by exhaustion in one case, by self-destruction in the other. Both are OVERREACHERS, rebels who go beyond the limits imposed to Mankind by God or Nature, who have their prototype in Prometheus, the mythical Titan who defied Zeus stealing the fire from the Olympus. 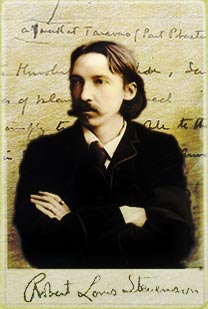 Posted by Maria Grazia at 14:25 No comments: